Pink gin launched to honour inspirational “wonder of the world”

Pink gin launched to honour inspirational “wonder of the world”

Massingberd-Mundy Distillery in the Lincolnshire Wolds has launched its second artisan craft gin.

Marie Jeanne’s Pink Gin is a fruity and indulgent French-style gin that pays tribute to an inspirational figure from the area’s history.

Marie Jeanne Rapigeon of Versailles was the daughter of a French captain who became the owner of South Ormsby Estate from 1835 to 1863 and was described as “a wonder of the world”.

Marie Jeanne’s Pink Gin has been launched shortly after the distillery’s first drink, Burrell’s Dry Gin, which is named after her husband, Charles Burrell Massingberd.

Both gins are produced at Massingberd-Mundy Distillery at South Ormsby Estate in the Lincolnshire Wolds by Master Distiller, Tristan Jørgensen. 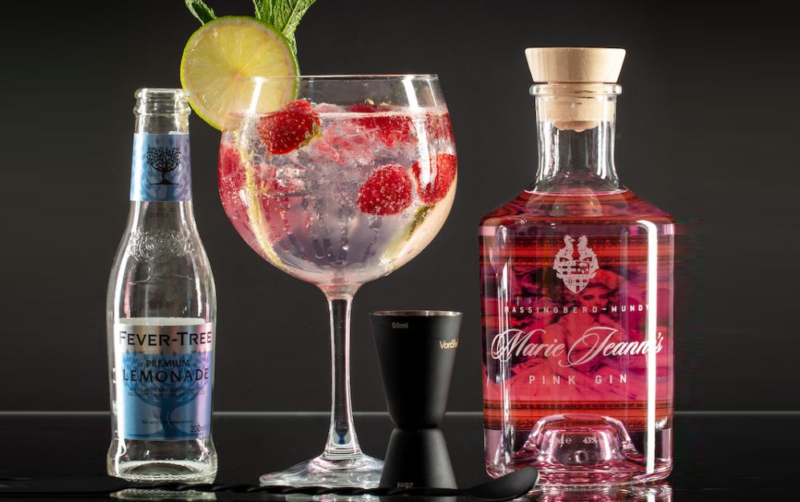 Tristan said: “After more than a year of experimentation and flavour testing, we’re delighted to launch both of our flagship artisan gins: Burrell’s Dry Gin and Marie Jeanne’s Pink Gin.

“Our newest drink is inspired by an amazing figure from our local history and the taste reflects her character: This is a fruity and indulgent French gin that’s as sophisticated as it is glamorous.

“At Massingberd-Mundy Distillery, we’re creating an exquisite range of artisan craft spirits. Each one is made with locally sourced ingredients and using our magnificent hand-made copper still, Angelica to produce exceptionally taste and smoothness.

“Our Burrell’s Dry Gin and Marie Jeanne’s Pink Gin complement each other perfectly and they celebrate a great historical romance: One is smooth, crisp and dry while the other is fruity, elegant and exciting.

“It’s been a great month for us; we started Massingberd-Mundy Distillery a year ago and we’ve been working on these ever since. This has always been a dream of mine and it was fantastic to launch our first drink a few weeks ago.

“The response has been amazing and now, we’re following it up with a gin that’s completely different but just as smooth, sophisticated and delicious. I think gin-connoisseurs and casual drinkers will love them both.” 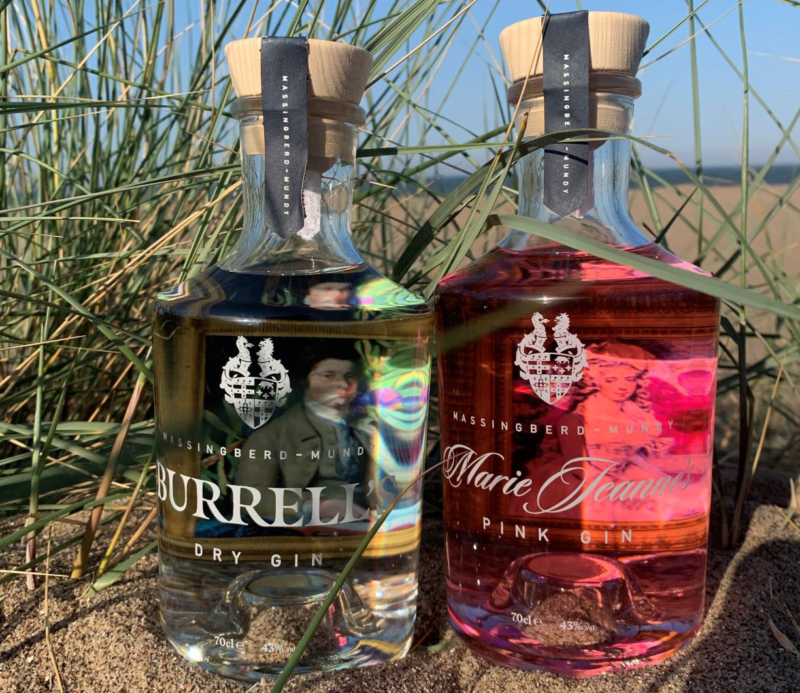 Marie Jeanne’s Pink Gin is named after Marie Jeanne Rapigeon of Versailles who fled the French Revolution to become a governess for the family which owned South Ormsby Estate in Lincolnshire for almost 400 years.

She later married the heir to the estate, Charles Burrell Massingberd and the couple set about investing in the local area, expanding their estate and transforming the family home, South Ormsby Hall to reflect their more modern tastes. After her husband passed away, Marie Jeanne continued to run the estate, building a school and a rectory which survive to this day.

Throughout her life, Marie Jeanne was an inspiring figure who was presented to French royalty including Louis XIV, Marie Antoinette, Napoleon, Louis XVIII, Charles X and Louis Philippe. She also dined with the likes of Alfred, Lord Tennyson and was described in the diary of Liberal Party MP and High Sheriff of Lincolnshire, Weston Cracroft Amcotts as “a wonder of the world… a thro’ French woman – exquisitely dressed – with such complete command.”

Maries Jeanne’s Pink Gin and Burrell’s Dry Gin are now available from the South Ormsby Estate website at www.southormsbyestate.co.uk. It’s hoped that the gins will also be available from bars, restaurants and other retailers soon.

Ongo Recruitment have revealed plans to expand into the industrial and engineering sectors, and offer more services.

From July 2020 Hales and Coultas will provide their services to Platform Housing Group, after being awarded a new contract.