How could the East Midlands benefit:

The East Midlands already has significant relationships with Indian counterparts in a vast array of sectors, with more than 700 businesses across the region exporting goods to India in 2019. An FTA with India is estimated to be worth up to £167m in the long run to the region, supporting jobs and opening up opportunities for businesses like Generic Medicines specialists Morningside Pharmaceuticals, based in Loughborough.

The region is already a significant exporter, sending nearly £195m worth of goods to India in 2019. An FTA which reduced red tape and exporting costs would make it easier for businesses, from innovators like animal feed experts Anpario Plc to specialist manufacturers like wallpaper producers SK Filson, to access India’s expanding marketplace. Exports already support 385,000 jobs in the East Midlands as of 2016 and more exports mean more opportunities for workers.

From Leicester to Lincolnshire tens of thousands of people are employed in service roles, from lawyers to transport managers. These companies exported a massive £90m of services to India in 2019, and an FTA could allow them to build on their success with easier access to India’s huge market.

An FTA with India would allow the nearly 1,150 businesses who imported goods from India in 2019 to develop improved commercial relationships with Indian businesses, strengthening supply chains and encouraging further inward investment.

In 2019, services accounted for £90m worth of exports to India, with transportation and storage, financial and insurance activities among the top five services industries. 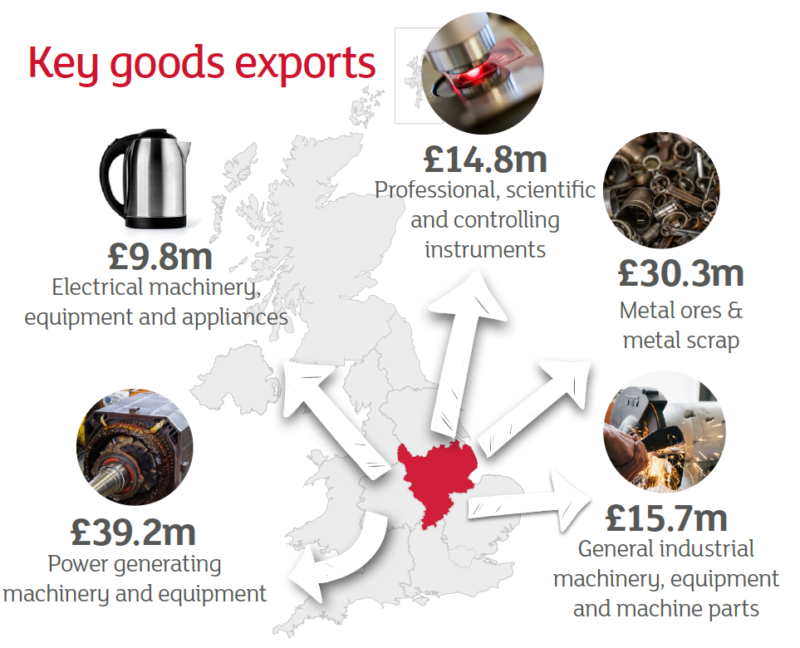